Integrity has always been one of my favorite Hardcore bands, so it was obvious for me to want to contact Dwid to interview him for this first installment of Legends Of Hardcore. Dwid is an interesting character and over the years there’s been many a story floating around about him.

DR: What’s up, how’s things? You live In Belgium, right? How is that and how long have you been living there?

DH: Life is good. Thank you.  I moved to Belgium 10 years ago. I have a nice quiet life in a small village outside a very lovely city.

DR: What’s going on with Integrity at the moment? You have some relatively new materiel out, am I right? 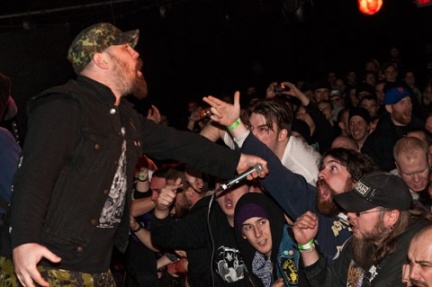 DH: Integrity has just released a 7” on A389 records entitled, ‘Beyond The Realm Of The Witch’. This recording features the reunion of Aaron And Len Melnick with Integrity.  That lineup also recently performed together at the A389 festive in mid January 2014.

Not “new” material per say, but A389 has an older, unreleased Integrity recording (from 3-4 years ago) that they are now releasing as a split 7” with VVegas. I believe that is scheduled for release on or around Record Store Day.

Magic Bullet Records has released Systems Overload remix on CD. The remix version is quite superior to the original dull mix.

Organized Crime is continuing their vinyl reissue series for Integrity. The next release is a double LP version of Integrity ‘Den of Iniquity’, and shortly afterwards will follow the vinyl reissue of ‘Humanity Is The Devil’

DR: Are You touring much with Integrity these days? Anything coming up Euro wise?

DH: Integrity do not have any performances scheduled at this moment.

DR: The last time I saw Integrity was 2003. I went to 2 Shows on the on the To Die For tour . The London show was killer but it was a strange crowd in Nottingham… what do you remember from that tour?

DH: I remember the tour, but not the specific venues that you are referring. Strange is the norm for Integrity. Memories of the tour: I spent the majority of my time isolated in the back of the tour van with T from VVegas. Plotting. Arson in London. Beloved in Ieper. Japan on an italian ship. Spiggotry ensued.

DR: How did you find yourself interested in Hardcore?

DH: When I was young, and hardcore was just beginning, the concept of “hardcore” was that it was a genre that fused “metal + punk”.  Back then the bands were very diverse and had their own identity. Over the years the original aspects of hardcore changed dramatically. Nowadays hardcore seems to be defined by a poor mans rendition of Limp Biscuit styled music. “Guitar + rap” This has no interest to me at all. Emulating modern pop stars seems all too desperate.

I enjoy raw metal and the old punk sounds. My main musical interest is usually found in horror themed music. 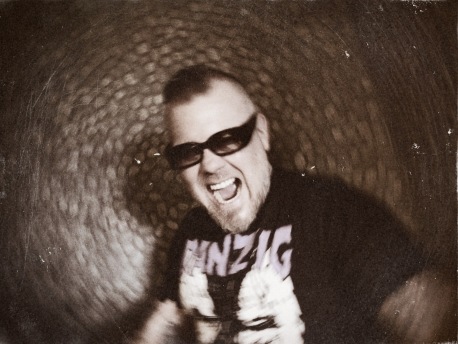 DR: What were some of the most memorable Integrity tours? Who did you like playing with best, like as far back as your demo tape?

DH: We did our 1st European tour with Neurosis (early 1990s) and that was a very enjoyable and chaotic tour. Neurosis are a great band and it was rewarding to be able to watch them perform each night.

As for the second part of your question, Integrity is not a very social band, we do not play well with others. 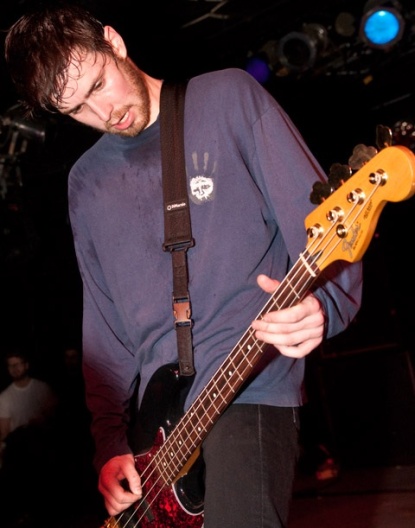 DR: Did you guys get in much trouble while on tour in different countries or at home? I know there’s a few stories floating around on the net… do you have any particular beef/fight stories or even funny dumb shit? 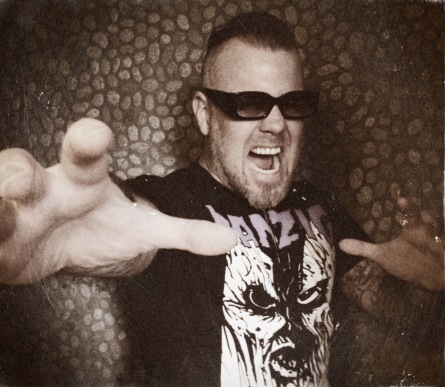 DH: We were arrested in several countries over the years and had several fights over the years. None of which were very serious, mostly humorous situations. The internet is not exactly known for its authenticity, especially when it comes to gossip.

DR: What was it like for you being on Victory? And who were some of your favorite bands from the old school Victory Records days?

DH: We were rarely paid by Victory for our record sales. And we have not received any royalty compensation from Victory records in well over a decade. In fact, we have never received one cent from the Victory iTunes sales of our music. So you can imagine that our experience with Victory, especially being the 3rd band signed on the label and the 1st band on Victory to ever actually tour and promote our records. We actually helped get Victory some of their early attention. We are still making relevant music all these years later . . .

Lets just say that Victory was not an experience that we look back fondly upon.

DR: I know you’re not into much Hardcore music these days but what kinda thing are you listening to?

DH: I listen to horror themed music. Often times, this music is based in raw metal or raw punk (sometimes both). I also enjoy the old delta blues music. Alan Lomax field recordings. Devil music. The music that set the foundation for what was to become Rock & Roll and later Heavy Metal.

DR: How many release’s do Integrity have out now and what’s your personal favorite?

DH: I do not keep track of how many records I have released and i do not play favorites.

DR: Have you ever followed Euro hardcore? I know Belgium has a good scene and some amazing bands have come out of there… Are any bands you have heard good recently in either metal or hardcore?

Metal music: I like many bands from Portugal.Vetala, Mons Veneris, Black Cilice. I like Glorior Belli from France. I also enjoy Zepuklr, Bleme (mime music) and Nékrhärkh from France. Of course LLN. Scandinavian bands that I appreciate: Oede & Vvlad. Broken Cross is a great project as well. Rot In Hell from UK are top marks.  Infamous Gehenna are an unstoppable group from USA. VVegas from Bondi, Australia have been throwing their proverbial shrimp on the barbie for years, klaus. One of my all time favourite bands is from Japan, an art terrorist group named, G.I.S.M.

DR: How many people on this planet do you think have Integrity tattoos? Haha. I know some shops have it as shop flash the classic head logo…

DH: It would seem that quite a few have joined our legions. We are grateful to have been able to connect with like minded individuals who have taken their own path in music and not following the mainstream trends in “underground” music that actually just mirrors pop music. Their commitment to our cause and our music is very dear to us. These individuals getting our symbol tattooed upon their flesh is one of our greatest achievement as artists and musicians. We often share photos of these wonderful tattoos on our Integrity Facebook page.

DR: Do you want to shout out to anyone?

DH: It is safe to say from listening to my albums that I have given enough “shouts” out. wouldn’t you agree?

One response to “Legends Of Hardcore #1: Dwid Hellion- Integrity.”