Revision are doing it for me at the moment so I did a little interview with (Dennis Guitar) ….simple!

Ed: Yo Dennis how are you enjoying the holidays?

Dennis: Holidays have been good. Spending time with family and friends always rules. 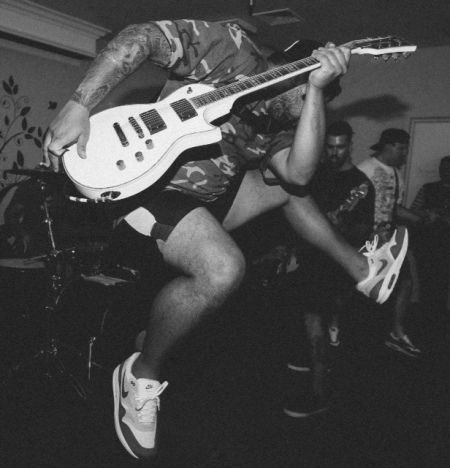 Ed: So tell me a bit about Revision, where are you guys from and when did you start practicing?

Dennis: Well Revision if from or at least from around San Luis Obispo area (California’s central coast). We started jamming around July and put that demo out as soon as we could.

Ed: What sound/Style are you looking for?

Dennis: I think we all wanted to do something more punk related then metal. Something fast hard and to the point.

Ed: You just dropped a demo out which is a banger! Are you guys happy with it and do you think people are feeling it?

Dennis: Well if you ask the other guys I’m never happy but it’s a demo and the more we write the better it gets to me at least. People say they like it but I guess will see when we play more. 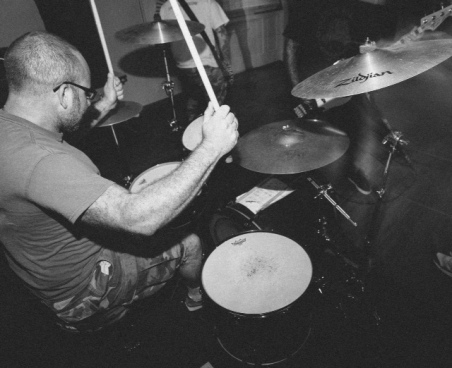 Ed: When did you guys play your first show?

Dennis: Revisions first show was on August 15th in Lompoc original drummers other band Bad Days for there last show. I wasn’t there for are first show though haha I was at my best friend Corey’s wedding in NY.

Ed: You have been pretty active playing shows with some killer bands, are you friends with any of the bands you have played with and who’s been your favourite?

Dennis: We have been very lucky to play some great shows and yeah a lot are friends that’s most likely how we got on the show. Well hard to say so many good ones but I would have to say MethxBreath blew me away when we played with them and they’re great dudes from my old stomping ground SD.

Ed: What Hardcore bands influence Revision? And do you draw influence  from any other genres?

Dennis: We I can only speak for me but the dudes in my band all like different stuff. I would say for me it would be like YOT, Right Brigade, Striking Distance, and maybe some In The Red great fucking demo. I’m sure we draw from all the music we listen to whether we like it or not. 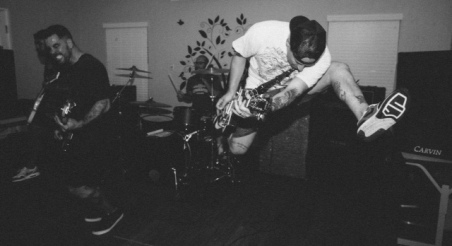 Ed: What do you guys want to achieve with this band?

Dennis: Whatever happens happens we are doing this for fun because we love HC. Play shows, have fun, meet friends.

Ed: Do you guys do any other bands?

Dennis: Are drummer has another band but not related to the core.

Ed: Has there been any talk of joining a label yet?

No real talk yet but it’s still really early for that.

It’s nearly the end of the year, and sometimes, I just feel like I’m too young for this. I mean, all around me, there’s people saying “I did my time, it’s not worth it/Hardcore was better before/you haven’t seen as much as I did” and the list goes on. So yeah, I enjoy mostly every piece of records I get my hands on, or my ears only thanks to the internet era, and maybe I lack taste, but I’ll be fine with it, don’t worry.

So here’s my way-too-hard-to-chose list of records for 2014. It’s mostly hardcore because it’s the purpose of this blog, you know. It’s only a top ten, because I had to put limits to it. 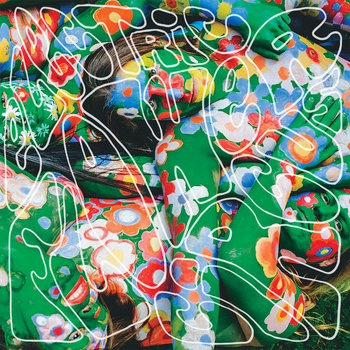 You can’t be wrong with this band, it’s a beautiful piece of work, as everytime, which was worth the wait, like and updated version of Rites Of Spring.

Justice and True Colors splitting way before I could even attend their last show, I got Not Afraid and I’m glad for it. Just pure golden belgium youth crew. You can’t be wrong with them.

Well, you know the name. It’s not better than the previous one, which is a more or less impossible task, but it’s as good. Even with this super clean sound.

I got a goddamn probelm with the nineties hardcore. And much more with the ChugChug Unbroken-inspired Vegan Straight Edge type. Underrated band.

Renounced – The Melancholy We Ached LP | Carry The Weight Recs

And I’m also totally crazy about 7Angels 7Plagues, and this band does it the best way possible, mixed with a bit of early PoisonTheWell.

I saw them this summer and I was disapointed by their set, and it took me time to get into this records, but finaly I enjoy it way too much, it’s really keeping this french emo vibe alive.

Someone told me this band started as a joke, but what a joke man. Maryland knows how to party.

Hank Wood knows the right way to make crazy hardcore punk. Also, don’t play it like me taking the advice of the records title properly, if they play a gig on your city, be sure to go there, totally worth it I think. 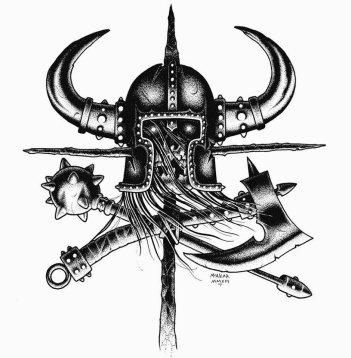 That’s what happen when you take the members of killer boston bands, put them together and let them create. It’s just astonishing. I’m coming back, got to crush down some skulls on a viking battlefield.

Will Killingsworth and Jayson Green on the same team after a long time, to put out some Antioch Arrow-inspired hardcore. Maybe I’m blinded by the fact it’s Orchid members, but I just can’t stop listening to it.

Everything is in bands name. Shit this is violent shit, and shit. No seriously, Iron Lung Records rip it off this year. A lot of good release.

Really dig the style of this band, like a nerd supergroup or something, trying to always step higher every release. I don’t know why, but this band kind of remind me of Lion Of Judah, even though it’s nothing close to it. Again, I don’t know why.

Listening to this, the only word that comes to my mind is primitive, like cavemans hitting shit around. And when a Powerviolence band does that, well it’s a quality seal. 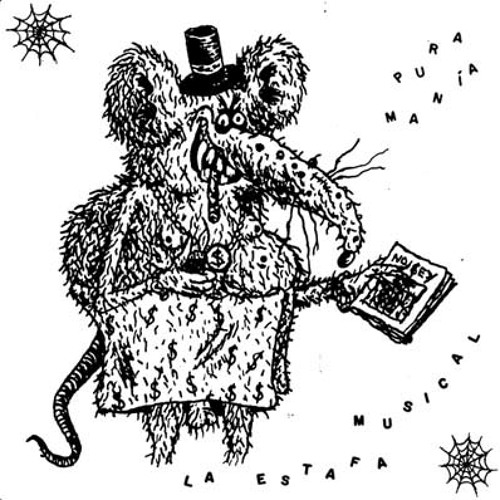 Hm, I’m not really sure of what the fuck is this, but it got me banging hard, for unexplained reasons. Give it a try, seriously.

When I ordered stuff from the band, one of the members put a copy of one of his diploma on the package. Weird enough to say I’m still stocked on this DC blood.

(End of a Year)  Self Defense Family – I Tried To Make Something You Would Enjoy EP | Triple B Recs.

Once again, the sick pack put out a ton of stuff this year, and I had to choose beteween of them or all of them would be on this list. So I randomly picked to be honest, but if you know the band, it’s all equaly good.

I dig hardcore that make me feel something, anything, and this one makes me feel terribly unconfortable, at this point it’s too sick to close my eyes on it. Damn.

I was waiting for Sex Prisoner to put out something, insted I got this, which is way better actually because it’s quality nowadays powerviolence from europe that just doesn’t only mimic american bands. Stomp shit up.

A great records from Dogknights Production, from a band I discovered at this Title Fight show where Justice was bought back to life, and it carried me away.

Dumber and angrier version of The Impalers, with this 70’s sci-fi arts on the tape, it’s a total win win. I wish there was more songs on the records.

What a mess, but important lyrics. I love my queer bands, and its over the top. I’ve heard they are on a break since one of them left for Louisiana, too bad.

Features members of Coke Bust and many more bands and they are pissed. Thrash your face off. 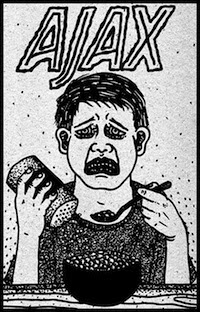 New York’s young Totalitär. And that freaking drummer is a war machine, unbelivable, but what give this demo so much power is its indolance, just play loud and fast like it would be everyday routine. I didn’t tried it for breafast though. 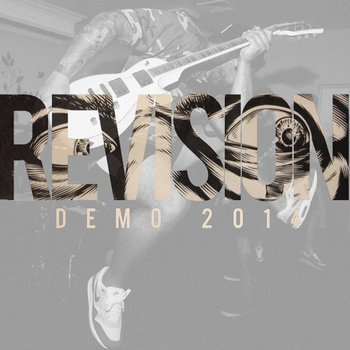 Youth Of Today bumped into Mental. I know it sounds cliché/classic to say so, but it’s actually damn cool with a lot of great ideas, they chose the right name. 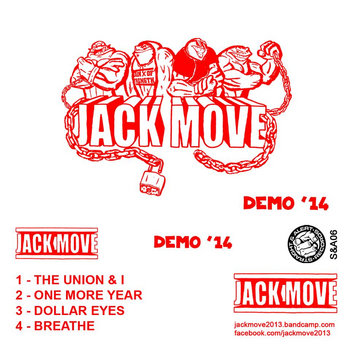 If you’re into Boston 2K jam or Breakdown. Great jam from Paris. Also, there was a whole debatee that went really far about which break was the hardest on the records. Insane.

Another band that fueled my nineties hardcore problem, Turning Point feeling mostly and it’s for the best. Solid and powerful release.

Barbaric work for this classic but crazy blend of American Oï and hardcore punk, makes you turns in rampage mode. Short but intense songs, and even when one last after 3′, it’s a blast.

Hope you enjoyed it, and buy those things while it’s still avaible, but it’s only a personal advice. 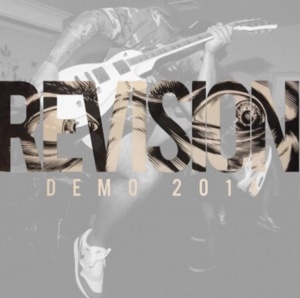