I’m not used to write such things. I pretty much hate reading live reports on French webzines especially when they deal with hardcore/punk bands or shows because columnists always write bullshit like those you can read on “real” rock & roll magazines, and I’ve never red live reports written in English. The most important thing I want you to know even if I guess you’ve already red the new on Facebook: after the Barcelona gig, PROTESTER and RED DEATH’s tour bus has been robbed. This really sucks, passports and personal effets had been stolen and the bands had to stay one more night in Barcelona to fix things as much as they can. Thanks to MINDSET’s post on Facebook and people’s from all around the world donations they could replace almost everything that has been stolen and keep touring Europe. 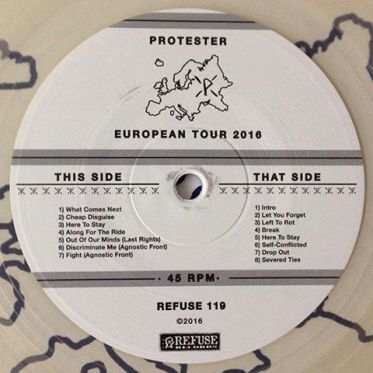